The average transaction price for a new vehicle in America hit a record of $45,031 in September. It's the sixth consecutive month of record vehicle prices, according to Kelley Blue Book. That price represents a 12.1% increase (or $4,872 in cold, hard cash) over the same month a year ago and a 3.7% increase over the prior month.

(The federal government, meanwhile, calculates new-car prices are up 8.7% year over year.)

The reasons for the rapidly increasing prices of new vehicles are well documented, with inventory shortages caused by a lack of microchip availability cited as the latest problem. Last month, however, consumer buying preferences were also to blame; KBB reports that "the vehicle mix shifted in September away from lower-priced sedans, compacts and entry-level segments toward more-expensive pickups, SUVs and the luxury market."

"Midsize SUV sales jumped in September compared to August and full-size pickup share moved up as well,"  Kayla Reynolds, analyst for Cox Automotive, said in a statement. "Sales of lower-priced compact and midsize cars, which had been commanding more share during the summer, faded in September. As long as new-vehicle inventory remains tight, we believe prices will remain elevated."

KBB says its transaction price data do not include consumer incentives, but also reports that incentive spending by automakers is similarly at record low levels. In fact, at an average of 5.2% of the transaction price, it's just over half the size of the average incentive from September of last year.

Here's the full chart from KBB: 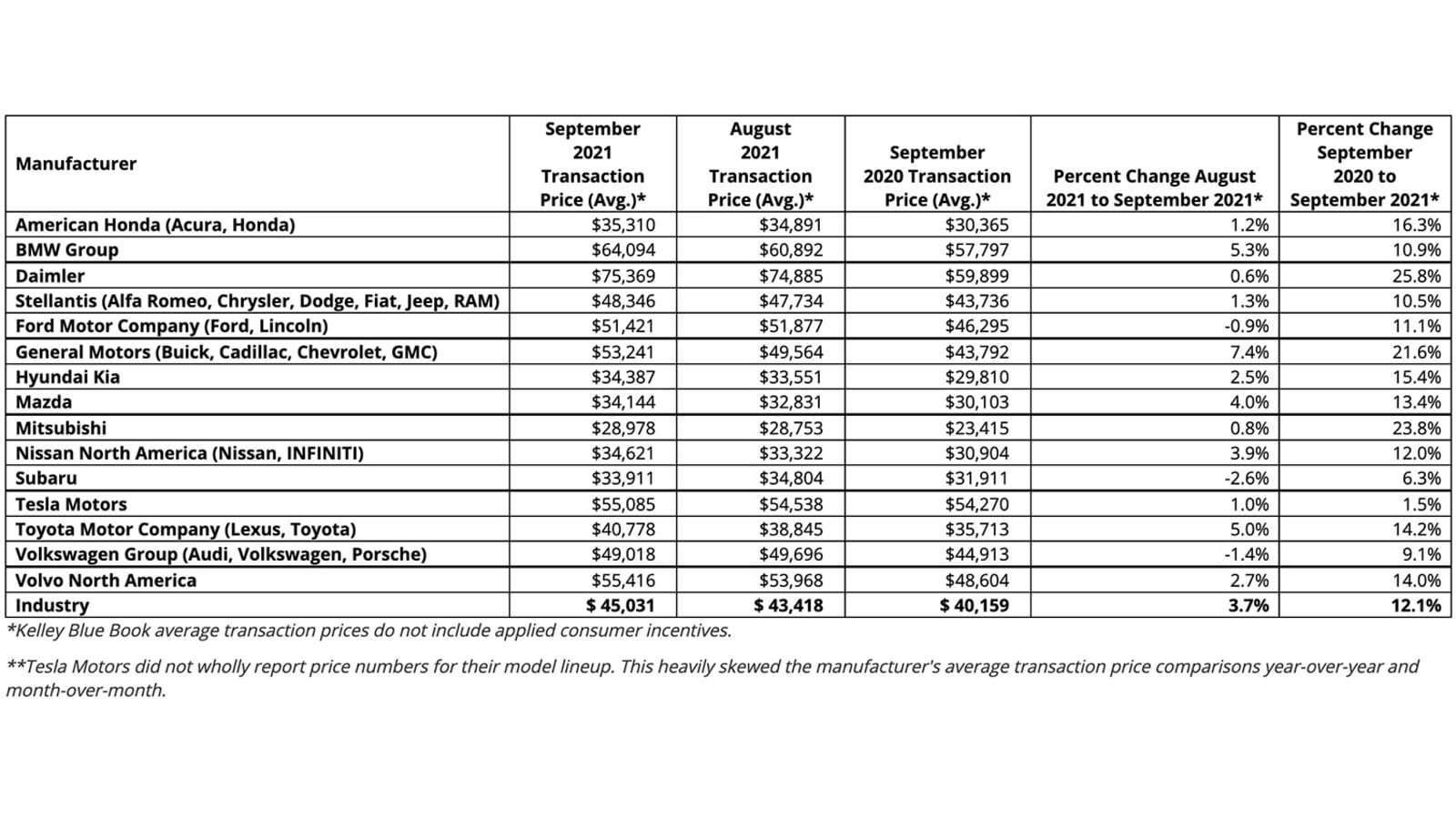